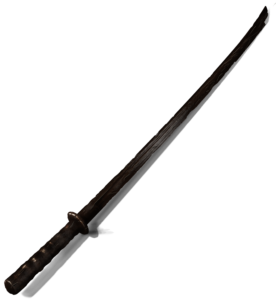 “But what happened to Kylac?

That was the question that dogged me more than any other upon the completion of my Legend of Asahiel trilogy. My editor asked it, my readers asked it—heck, I’d have asked it, if I didn’t already know the answer. I had plans, you see, and all would be revealed in due time.

While I assured my editor that the continuation of the Asahiel story would shed light on the fate of a certain rogue assassin, she urged me to address the more immediate concern regarding one Kylac Kronus and his whereabouts following events in The Crimson Sword. Relenting, I realized that to do so meant giving Kylac his own spin-off series—less epic in tone and style than the Asahiel books, but an interesting challenge in itself. The larger world story could wait, I decided. In the meantime, it would be all about Kylac.

As I delved into the new project, however, it became clear to me that even these Kylac-centric books were not going to fully answer questions pertaining to his mysterious origins. His is not the sort of backstory that lends itself to hearthside anecdote, and he is not the sort of person to reveal it if it did. Some things we simply keep to ourselves.

Then Shawn Speakman invited me to contribute to his anthology, Unfettered, and the proverbial light bulb flashed in my brain. Here it was, an exclusive location in which to tell an origin story, if you will, for this character. A tale to address the themes of courage and perseverance that seemed to me paramount in honoring Shawn as a secondtime cancer survivor. I already knew most of the story and, given a place to put it, I required very little time to flesh out the rest.

For any who may enjoy it, thank Shawn for making it happen. My personal hope is that it will shed a measure of light on Kylac’s attitudes and actions, and maybe even tide readers over while I strive to finish answering that persistent question . . .

But what happened to Kylac?“