Way back in the spring of 2002, at a time when I was looking everywhere for opportunities to improve my skills as a would-be writer, the Maui Writers Foundation held a week-long writers retreat in Rome, Italy. The plan was to have attendees tour various historical landmarks in search of inspiration, while working under the tutelage of a handful of bestselling authors to produce three short stories in the span of six days. Having attended a couple of Maui Writers Retreats before, and been highly impressed with the quality of instruction, it struck me as an incredible opportunity. So I begged, borrowed, and otherwise scraped together the money needed, and set off for Italy.

As expected, it proved to be quite the experience. The Roman Colosseum, the Spanish Steps, the Sistine Chapel, the Trevi Fountain, and the ruins of Pompeii were just some of the sites I had the pleasure of visiting. The latter inspired a story about a slave in ancient Roman times getting caught up in a conspiracy against his kindly master. We’d been tasked with setting up a character facing a dramatic question–ideally, the kind of situation that the average person might find difficult to answer.

I recall working throughout the night to write it. My head never hit the pillow. We’d gotten back from our excursion late, and lost an hour due to Daylight Saving Time. Our stories had to be read to our group first thing in the morning. Our instructor for the day was Terry Brooks, who happened to be my favorite author, resulting in a little extra “stage fright” on my part. All in all, by the time I stumbled into class, I was convinced that I’d wasted my time and was wasting everyone else’s. 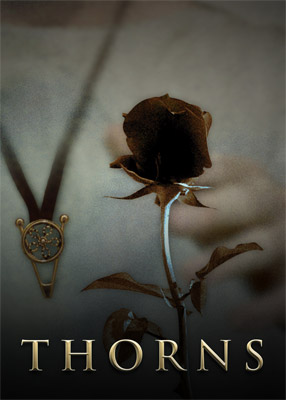 As it turned out, Terry, his wife Judine, and my classmates were far more forgiving. While a little out of the ordinary, it seemed my story wasn’t quite the nonsensical debacle I feared it to be in that sleep-deprived light. With a point or two of sage advice and some minor editing, it was deemed the best of the three projects I ended up completing that week.

Like all of my earlier writings, I chalked it up as an exercise. I never really expected it to find an audience. But around 2008, when my brother Neil was looking for potential stories for a short film, he decided that this one fit the bill, resulting a year later in the release of Thorns, the film.

When Jeff Wheeler approached me about the possibility of contributing a short story to his resurrected e-zine, Deep Magic, it didn’t take me long to come back to this story, which seemed in line with what his readers have come to expect in terms of what might be deemed wholesome, compelling fantasy and science fiction. Far be it from me to label it one way or another, but readers and viewers have used those terms and others in that vein, calling it a “suspenseful morality tale.” Regardless, Jeff agreed that it was a good fit, and with some further sharp-eyed editing, offered to bring it back to life.

All of which is my long-winded way of letting readers know that my short story “Thorns” can now be found in the August 2016 issue of Deep Magic, available today. My thanks to Jeff and Brendon and the entire team for giving the story such a lovely home. I’m pleased and humbled that this “exercise” continues to find an audience, and that readers, by and large, continue to be so accepting. If nothing else, it makes me feel better about giving up that night’s sleep all those years ago–not to mention all of the combined efforts of those who have helped me to improve it since.

Even if “Thorns” proves not to be your cup of tea, give Deep Magic a look. Especially Kindle Unlimited users, who can read for free. At 51 issues with no end in sight, the gang at Amberlin is building quite the nice legacy, and I’m honored to be a small part of it. 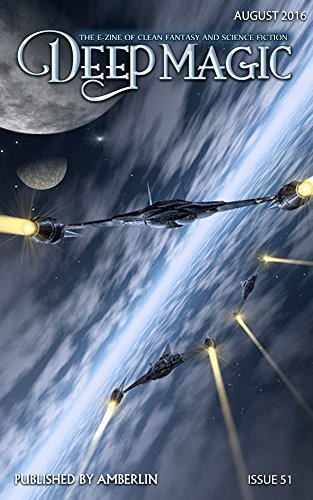